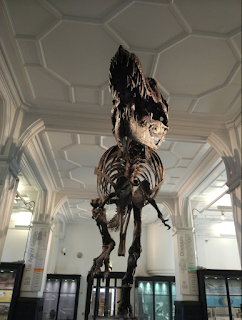 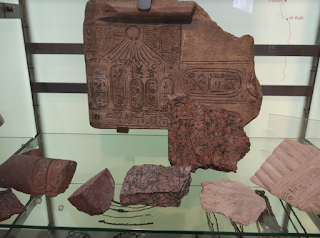 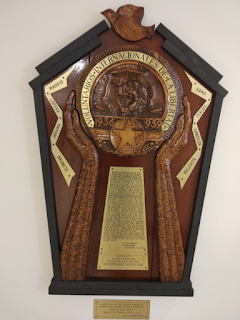 We are already in the month of November, which means that my stay in London enters the final strecht. It's funny, when I came at first to London time went by slowly, now, however, time flies.

Things have changed a lot since I arrived. I started living in a tiny room that was one hour distance taking the Tube to my office. Even worse, I had to take the "Central line", which is very busy during 'rush hour'. Now, I have a better room which is located less than 10 minutes walking, so my quality of life has improved greatly and I have more time available to do more things during the week. For example, after leaving the office, on week days, I can still go to a pub with a colleague, study or do some sport. By doing so, I started to feel this place somewhat like my home. At least my temporary home. On weekends I usually try to do some sightseeing around London. I like walking to different places, no matter the distance, to get to really know the city. This way you can discover hidden gems otherwise you couldn´t. Among the well-known I would highlight Candem Town, the so called Little Venice, a pleasant place with a vibrant market next to a channel. From this place you can  walk along the channel and enjoy one of the quiestest places in London. Highly recommended. Aside from that, something that calls my attention is the fact that London, despite being massive, it lacks of really wide avenues. I guess that the reason is that, as I read once, London is not a planned city, such as Paris could be, but a sum of a set of little towns, each one with its own character, that were growing until merged.

Regarding the work in itself, the professional experience is being positive. On the one hand I have had the opportunity to get to know technologies that only knew from the academic point of view, such as Java or React, and on the other, I have met very interesting people. In the time that I have left, I will continue to enjoy the experience.